I wanted to make a rolling camera bag/gear carrier/light stand, so I could go out shooting by myself and not awkwardly carrying lots of big equipment.  I think the photos speak for themselves, so I won't go into tons of detail.  Cost was minimal--about $40 for the hand truck, crate, metal straps, bolts, and some pvc. 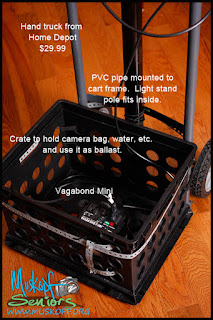 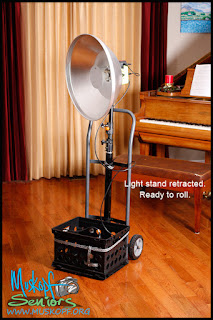 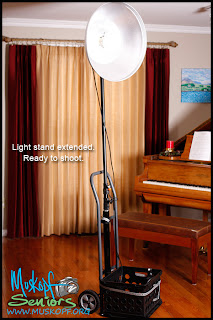 Posted by Todd Muskopf at 10:46 AM No comments:

I used to do this by using the ruler tool along the horizon or something that should be straight, then clicking Image/Image Rotation/Arbitrary.  This would straighten the image, but then you would have to crop the image to get rid of the empty areas created by the rotation.

An easier way in Photoshop CS5+ is to use the ruler tool along the horizon, then click Straighten on the top bar.  Voila!  All done with one click! 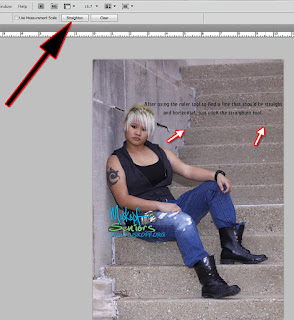 Posted by Todd Muskopf at 6:24 AM No comments: 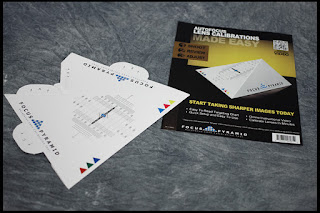 The Focus Pyramid is a lens calibration tool that assists with the autofocus microadjustment feature in newer cameras.  It's made out of sturdy cardboard and is pre-creased so that folding is easy. 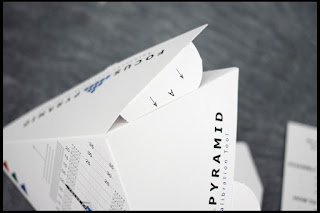 You simply fold the Focus Pyramid along the lines and fold the marked tabs into the coordinating slots.  The tabs fit snugly and kept the pyramid closed once inserted. 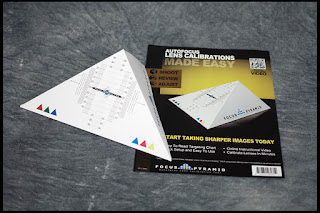 The pyramid in it's 3D form. 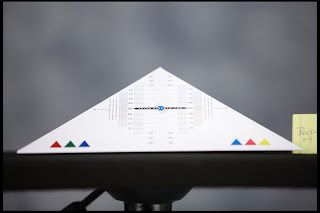 You then put the Focus Pyramid on a table and place the camera/lens to be calibrated on a tripod a "normal" distance away (normal being the typical distance you would be from the subject when using that lens).  They recommend using a hotshoe bubble level to make sure that everything is lined up correctly.  I used a cable release to minimize camera shake when I did my tests, but using the self timer would work as well.  After that, it's a trial-and-error method of using your camera's microadjust feature.  Move the AF point to the center point, take a picture and review it.  If the focus isn't spot on in the middle, it's time to change the microadjustment and then shoot again until it is spot on.  I found it helpful to prop up a piece of paper with the adjustment level you're testing with the shot.  That way, after you take a few different photos, you can double check your adjustment on the computer and make sure you made the right choice.

I've done microadjustments in the past by laying a ruler on the ground, having the camera on a tripod at a 45 degree angle to the ruler, and shooting test photos.  I found the Focus Pyramid to be more effective because I felt I was able to control the test more completely.  If you want an easy to use lens calibration tool, the Focus Pyramid is a good choice.
Posted by Todd Muskopf at 10:31 AM No comments: